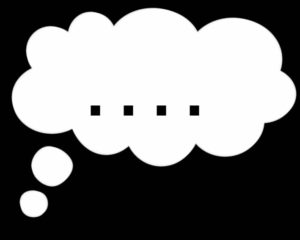 De-cluttering has become a buzzword for many, an act of shedding that which no longer serves a functional purpose and allows space for forward movement. Typically, de-cluttering is associated with physical possessions. I offer an additional perspective, the de-cluttering of words.

Some years ago, during a shamanic retreat, our teacher, a paqo (the medicine people within the Q’ero nation of the high Andes of Peru. Paqo means priest, or mystic) relayed that the paqos consider Quechua, the language of the Incans, to hold a high and sacred vibrational essence. Quechuan words are used with deep intention during ceremony as part of the healing process. He went on to offer his perspective that the English language was a dead language. I have heard this belief repeated by several different sources over the years, always from teachers I highly respected. This led me to engage in a personal reflective practice, one that has spanned the last four or five years.

I began to pay attention to primary words I use that have bound and restricted me, which are as subtle and toxic as breathing in polluted air, drinking polluted water, listening to fear induced news and readings, eating processed food. 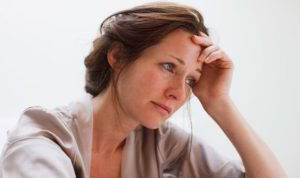 The first word I engaged with was “worry”. During a rather charged conversation a number of years ago, a friend adamantly stated “Do not worry about me. When you worry about me, you project that something is wrong with me, that I am in need of help or rescuing. You place me in the role of victim.” The truth of her message deeply resonated within me. I could remember, during times of uncertainty in my own life, requesting prayers, requesting support, requesting space-holding. I could not recall one instance of requesting that someone worry about me.

I became conscious of when I verbalized the word “worry”. It emerged around friends who were experiencing obstacles, a healing crisis, a societal disruption, around perceived personal limitations, for instance money, at the juncture of a major life change, at the growth edge of leaping fully into my Soul’s expression. Worry is a disabler. It is a cement block attached to our feet to drag us down. It emanates from a place of fear, not love. I made a conscious decision to remove this word from my vocabulary. 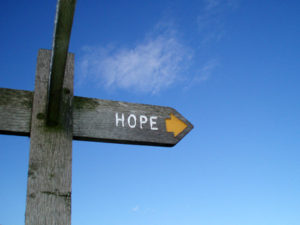 The second word that emerged was “hope”. This word presented challenges as it is so often paired within a daily social construct – “Hi Jane, How are you? I hope you are well.” The implication is that Jane is not well. The definition of “hope” as a verb is “to want something to happen or be the case” Its vibration feels like a swimmer paddling furiously to keep from submerging. I practiced substituting, ”I trust you are well, or simply- “I am thinking about you. “ With respect to the use of “hope “ as a noun, which is defined as a feeling of trust, I engage in judicious use, generally when I strongly call in Spirit, or wish to join with another’s hope, as part of a collective vision.

My current dance partner is “just.” This one offered up some surprises. In the beginning weeks (it’s been about two months now), I became aware that I used the word “ just” on average of 8-10 times a day. I began paying attention to other peoples use of the word, without bringing their attention to it. I noticed how much more frequently this word is used by women than men. “Just” is most commonly used within the context of diminishment, i.e. I’m “just” writing this blog. I’m “just” a healer; I’m “just” a mother.” I’m “just” wanting a break. Just is a necktie, a corset, a constrictor of our full expression of power.

Just is also used in the context of marking time, in quite a linear way; i.e. I “just” arrived I decided to substitute other words in this context, as I don’t feel comfortable be the linear restriction. Also, I have observed that the use of “just” or “justice” as a noun, the definition being: the quality of righteousness, equitableness, or moral rightness, is rarely used. At this phase in my practice, I may have to reframe a sentence once or twice daily as the word emerges without my conscious awareness. The majority of the time, I catch it mentally, and notice, as I speak my sentence without it, how much more powerfully my words and intention vibrate. I am (delete “just”) engaged in this project; I (delete “just”) realized how important this issue is.

It is remarkable how the deletion of one word so powerfully shifts the energy and flow not only of the oral communication, but the life force. I am stunned by the shift in my life flow through the elimination of these words.

I invite you to consider that English is not a dead language, rather that much of the sacred quality of its roots have become polluted, suffocated and poisoned by words that are distorted and toxic in their vibration.

I invite you to notice what words have become the unconscious disablers in your communication and your life. Where can you become a more powerful manifestor of your truest expression by consciously using your words from the place of the Sacred?